If the parents separate, the question arises as to how one can best continue to exercise one’s parental role and regulate the care of the child. For this purpose, various concepts for the arrangement of child contact of separated parents have been developed.

I. What does alternating model ?

The residence model, which has become the rule, is based on the concept that the child lives for the most part with only one parent and has only one center of life. The other parent exercises his or her right of access by arranging regular visits. This can be hours, days, with overnights or without, and even weeks during the vacation season.

If, on the other hand, the child lives alternately with both parents in roughly equal shares, i.e. alternately in two fixed households, this is called the alternating model (also called the parity model). Accordingly, both parents are entitled to an almost equal share of care and upbringing while maintaining joint custody. In this process, the child alternates between the two households at intervals, approximately one week in the mother’s household and one week in the father’s household. However, this is often not feasible in reality for many reasons.

So how can the interests of the child be reconciled with its practical implementation within the framework of the alternating model?

The concrete criterion for deciding on the alternating model is the best interests of the child. If this cannot be achieved or can only be achieved in part, a change model is not even a possibility. According to the case law of the Federal Court of Justice, this model can only be chosen(Federal Court of Justice, decision of 01.02.2017, XII) if the week-by-week parity care by both parents best takes into account the best interests of the child in comparison with other care models.

In its ruling, the Dresden Higher Regional Court also refers to the principles already established by the Federal Court of Justice. In the ruling, the OLG also clarifies that the alternating model is not aimed at regulating the expectations, wishes and rights of the parents. Rather, it is solely about the welfare of the child. (OLG Dresden, Dec. v. 07.06.2021- 21 UF 153/21).

This is therefore a case-by-case assessment that is subject to strict conditions :
For the arrangement of the alternating model it is presupposed that a stable, load-carrying relationship of the child exists to both parents. In addition, the parental households must be close to each other, i.e. the accessibility of school, care facilities and the social environment must be ensured from both parental households. It is also crucial that parents are able to achieve an appropriate level of communication . This is because the parents are much more closely connected under the alternating model than under other models of contact.

A coherent educational concept on the part of the parents is also of great importance. If there is no common set of values between the parents, the child is exposed to an ambivalent upbringing, which is contrary to the relevant best interests of the child.

The factual feasibility of the model also needs to be examined. For example, if one parent works a three-shift system, he or she will only be able to provide care and education that is in the best interests of the child to a limited extent. Appropriate arrangement with the employer regarding any time off during the week of care will then be necessary.

“If the relationship of the parents is significantly conflicted, an order directed toward equal alternation is generally not in the best interests of the child.”

However, whether the alternating model makes sense also depends on the age of the child. With an infant or toddler, 50:50 care on a weekly basis is not an option given their increased physical needs.

Also decisive is the will of the child and the individual character of the child to be determined. Not every child finds it pleasant to have to change the center of his or her life on a weekly basis. With the weekly move can lead to stress, uncertainty and confusion of the child, as he perceives the lack of a fixed center of life as a burden.

Others find the resulting second home enriching and are able to build an equally strong bond with both parents. For the child, from a developmental psychological point of view, the risk for fear of attachment and loss can be minimized because he or she sees his or her parents at regular intervals.

Parents, in turn, can participate equally in parenting and watch their child grow up without having to be separated from him or her for extended periods of time or merely take on an entertainment role on the weekends. It must therefore always be determined for each individual case whether the alternating model is suitable for the respective child and its life situation.

“In contact proceedings, the family court is obligated to provide a comprehensive explanation as to which form of contact best serves the best interests of the child. This also requires, in principle, that the child be heard in person.”

However, despite the existence of all the above-mentioned prerequisites and conditions, the family court will always decide against the alternating model if it is recognizable that the parents’ relationship is conflictual, i.e. the parents lack sufficient ability to communicate and cooperate and therefore negative consequences for the child are to be expected.

“The contact arrangement aimed at a parity-based alternating model presupposes an existing ability of the parents to communicate and cooperate (continuation of the Senate’s decision of 15 June 2016 – XII ZB 419/15 – FamRZ 2016, 1439). It is therefore not in the best interests of the child to order an alternating model for the purpose of first bringing about the ability to communicate and cooperate.”

II. Alternating model also against the will of one parent?

If both parents unanimously express the wish to have the alternating model ordered, the court will examine whether the above-mentioned conditions are met.

But what if parents disagree on the choice of model?

According to previous case law, the alternating model was only possible if both parents agreed on it and agreed to the alternating model. However, the BGH deviated from this position at the beginning of 2017 in its aforementioned decision. According to the Federal Court of Justice (BGH), since 2017 it has been possible to order a change of model against the will of one parent if this is in the best interests of the child (BGH, decision dated 01.02.2017, XII ZB 601/15). The child’s will is determined in detailed discussions with the child and it is examined whether its wishes and needs can be sufficiently taken into account.

“A judicial contact arrangement which in the result leads to an equal care of the child by both parents in the sense of a parity alternating model is not excluded by the law. Even the rejection of the alternating model by one parent does not in itself prevent such an arrangement. The decisive criterion for the regulation is rather the best interests of the child to be determined in the concrete individual case”.

However, the principle arising from Section 64 of the German Income Tax Act (Einkommensteuergesetz, EStG) that child benefit is only ever paid to one beneficiary harbors additional potential for conflict. In the event of a divorce, payment is usually first made to the person with whom the child is officially registered with his or her main residence. However, the parents must basically agree on this and on to whom the child benefit will be transferred from now on. In the event of a failed agreement, this must also be clarified in court.

According to § 1601 BGB, relatives in the direct line are obliged to support each other. If both parents live in one household with the child, both are obliged to pay maintenance.

This also applies after the separation of parents:

Under the residency model, the parent providing care provides so-called maintenance in kind by providing food and housing, educating and caring for the child. The other parent, on the other hand, fulfills his or her cash support obligation by paying child support.
Under the alternating model, on the other hand, according to the case law of the Federal Court of Justice (decision dated July 9, 2014 – Ref. XII ZB 661/12), both parents pay maintenance according to their ability to pay, proportionate to their income. The BGH has developed a complicated calculation method for this, which always depends on the individual case.

As shown, which model makes the most sense depends on many factors. The alternating model as an alternative to the residence model has not yet been included in the law, so consequently there are few legal guidelines for parents to follow. Due to the increased need for coordination, the alternating model places much higher demands on all parties involved compared to the residential model, so that the main focus is on decision-making oriented toward the best interests of the child in each individual case. 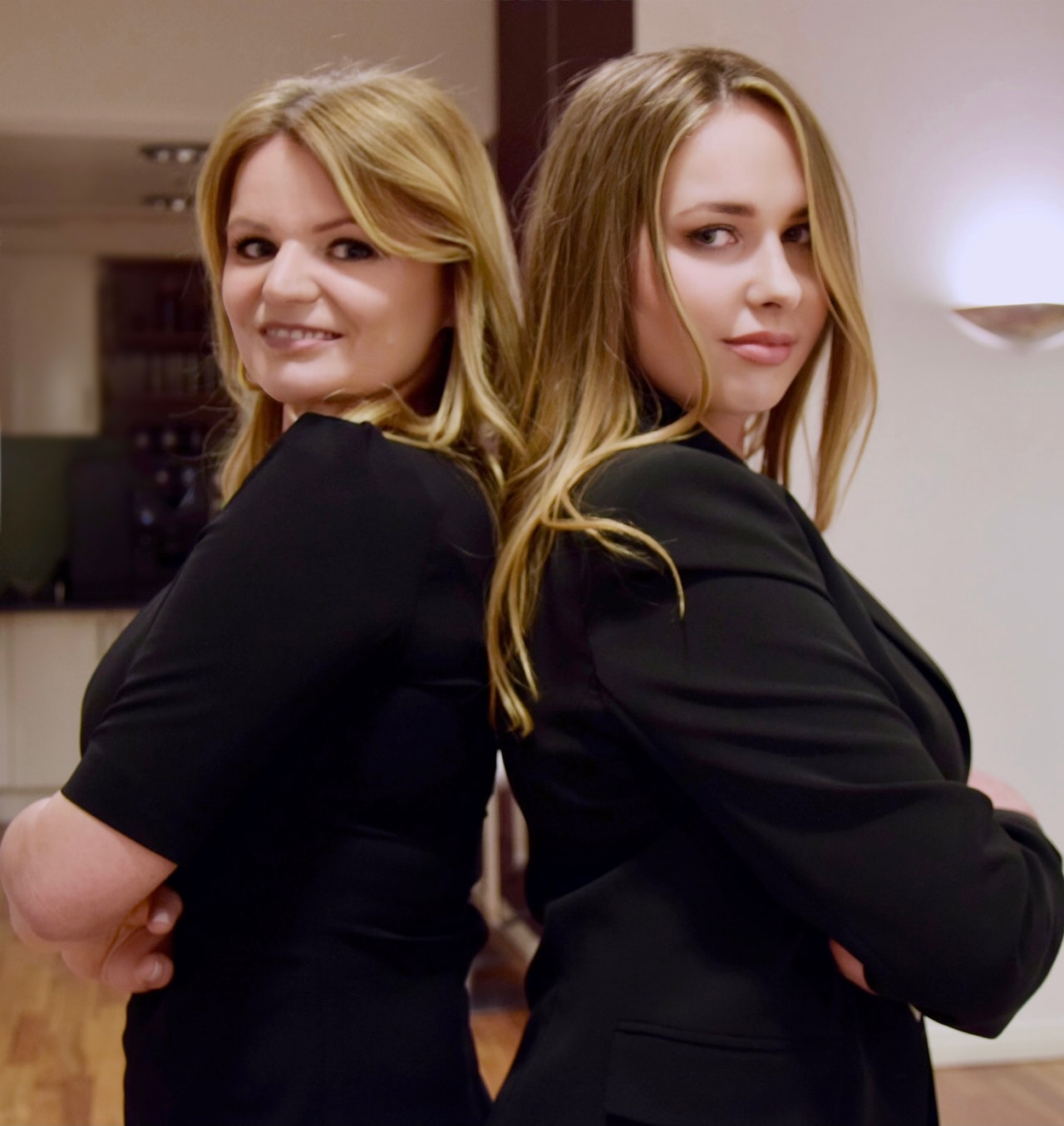 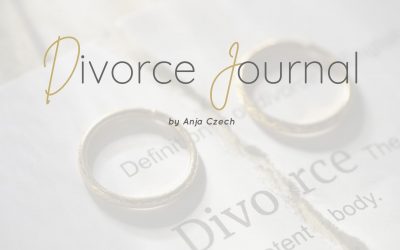 International child abduction within the meaning of the Hague Convention on Child Abduction (HKÜ) occurs when the child is unlawfully removed to or retained in a Member State and was previously habitually resident in another Contracting State. Please read our article...

END_OF_DOCUMENT_TOKEN_TO_BE_REPLACED

I. When is child abduction present? Child abduction is when a child is abducted from the country in which it has its habitual residence and domicile, without any prior agreement between the parents: in the case of joint parental care, BOTH parents decide on the...